The word “shy” is not the choice adjective most of my friends use when describing me, but put me with a group of new people and I am instantly the wallflower. Whether it’s a new team, new school, or new church, I’ve proven to be an introvert over and over again in situations where I’m the “new one”.

But, without fail, there always comes that one fateful day when I wake up, go to that new place, and realize that I accidentally left my filter at home.

Unfortunately for the friends I’ve made since moving to Ohio, I’ve recently noticed I misplaced my filter again.

All of the sudden it seems like half of my sentences begin with, “I know this is T.M.I., but…”

Oddly enough, the knowledge of my over-sharing doesn’t seem to ever stop me from continuing my statement. “T.M.I.” might as well be my middle name.

For my seasoned readers, T.M.I. stands for “Too Much Information”. According to the Urban Dictionary (resource for those of city-origin) “T.M.I.” is defined as, “way more than you need/want to know about someone”.

And most of the time, I’m certainly sharing too much. I mean, who really cares to know that it’s that time of the month or what my husband names his junk?

But I’m beginning to think that maybe I’m overusing the term in some instances. Because yesterday in the middle of a serious conversation with one of my new friends, I used it like this:

“I know this is T.M.I., but when I was in college I really struggled with anxiety.”

Sure, it’s a detail that’s a little uncomfortable to share, but it is something that lets my friend see a glimpse of what I’ve walked through in life and how that has shaped me into the person I am today.

Is that sharing too much?

It definitely felt like too much in the moment, but I don’t think it is. The more I’ve thought about it, I actually think that is how you really build relationships with people- by being real.

Embracing things about yourself, your past, your present. Not hiding them.

But for some reason, whenever I share something that is uncomfortable – meaning it’s from my heart – I like to preface it with “I know this is T.M.I., but…”

I have a new goal lately. I’m trying to stop starting sentences that way and embrace the awkwardness of being me. I’m trying to give people a chance to know more of me, to accept me, and sure- to reject me. But at least they will actually know who I am. And that won’t be a fake.

And the funny thing is, when I put myself out there, I usually don’t get rejected. I usually develop a deeper friendship than I had before.

And that makes life so much richer.

Sorry I went on a rant there, I know it was probably T.M.I.

(We made no rules about ending sentences that way.)

Question: Do you find it difficult to be vulnerable with people? Why do you think it feels so awkward at times? Comment below… 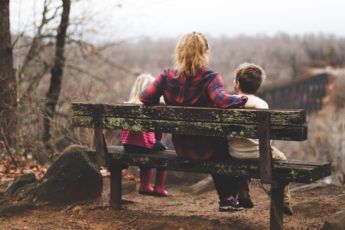 An Adoptive Mom’s Cry for Help

My name is Jordan Sok. I am a 30-year-old writer, business owner, wife, and mother. And my life is awesome awkward… END_OF_DOCUMENT_TOKEN_TO_BE_REPLACED