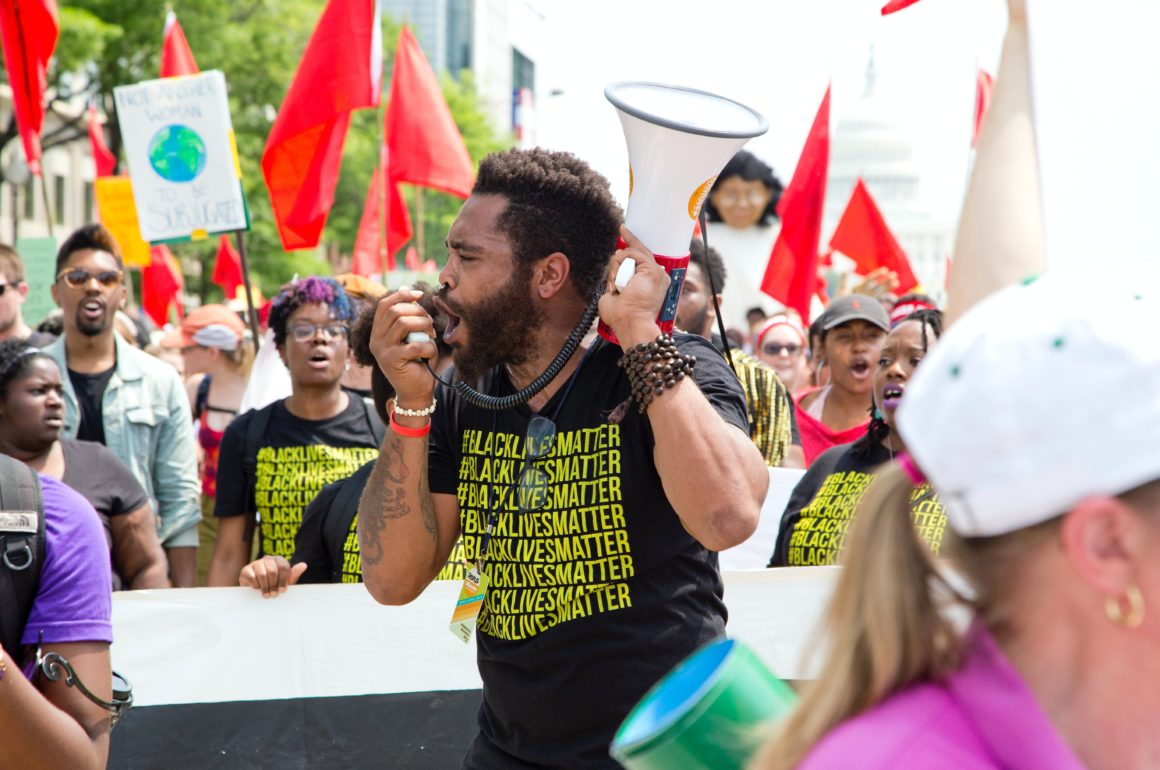 That was the question that constantly went through my mind as I sat in my Race and Ethnic Relations class a decade ago as a junior in college and listened to my black professor.

I was born a natural suck-up, and professors usually liked me. But this professor didn’t seem so easily enamored. To be honest, she just seemed angry. I noticed that most of the time she heard a white student’s perspective, she held her breath and her voice became a little more frustrated when she responded. I noticed most of the time a black student spoke, her voice seemed to soften and her shoulders relaxed.

It really bothered me.

I couldn’t change my skin color to be liked by her. And I wanted her to like me. I started finding it ironic that I was being taught about race relations by a professor that seemed to me at the time to be racist herself – yeah, a “reverse racist”. I’m ashamed to admit that was a real thought.

Sadly, up to that point, I was always taught about racism from white teachers. I got the idea from those teachers that racism died with slavery…a very different message than I was getting now. Now I was hearing that there was a system created to suppress an entire race while another benefitted.

It was a hard pill to swallow. So I chose not to.

I never spoke up in class, but I began coming up with an excuse or defense for everything she said about white people inwardly. “Don’t lump all white people together,” I’d think. “I’m not racist! I have black friends! I’m a Christian for heaven’s sake.”

While I smiled and nodded in hopes for an A, I soon became the one boiling with anger on the inside. Anger that I felt was justified.

It didn’t dawn on me at the time that maybe Dr. Anderson was doing more than teaching a class – but fighting an uphill battle. 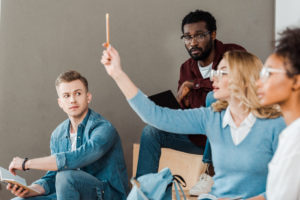 That maybe, as the only black professor on campus in the middle of rural Kentucky, she was facing a tall order.

It didn’t dawn on me that she was purely exhausted from hearing the same rhetoric from white students year after year. That most of the time a white student raised their hand to please and impress, they were just confirming their blindness, leaving Dr. Anderson feeling as if she was just screaming into the void.

It didn’t dawn on me that she likely didn’t come to middle-of-nowhere-Kentucky to teach race relations for a paycheck, but to give new eyes, new ears, and new hearts to a group of people desperately needing them but not looking for them.

It didn’t dawn on me that she was actually amazingly self-controlled to listen with patience and respond professionally.

That she was brave. And strong. And in hindsight, probably severely underpaid.

It didn’t dawn on me that she wasn’t just angry. She was rightfully upset and heartbroken and burdened.

That is until about midway through the semester when my black classmate spoke up. 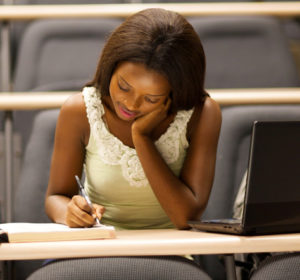 I was in a lot of classes with Tasha and considered her a friend. Like me, she was usually quiet during class, but outside of class we always hit it off in conversation and seemed to be like-minded. But the day she decided to speak up, I realized we weren’t like-minded at all – in fact, we were very different. As she began sharing about her experience as a black woman in our nation and on our campus, I was amazed as more black students started to chime in with similar experiences.

Had I been completely blind to black life in America?

It was a novel thought, but one I decided to take to class with me the following day. The next time I entered the classroom, I sat in my usual seat, but as a different student. One with a new mission:

I stopped worrying about making my professor like me. I stopped trying to make a defense in my brain every time I felt accused. I just listened.

It was hard. It was painful. It felt like self-sabotage at points.

But eventually, I began to hear.

And eventually, I began to see.

I started noticing on my favorite TV shows, black characters were sexualized, criminalized, or uneducated. Other shows barely had people of color represented at all – like “Friends” which had TWO in 10 seasons.

I started noticing the slight differences in inflection or unnecessary details some friends and family would share when referring to a person of color.

I started noticing that people I respected – pastors even – made “lighthearted” jokes they never would if a person of color was in the room – like mocking the way someone talked or behaved.

I started to realize that I had black friends – but only peripherally.

I started to realize that even my best intentions and desires to love people are sinful and broken and racist and prejudiced and blind.

Eventually, I started to realize the injustice in our nation and police brutality directed towards black communities.

It’s been 10 years since that class. I’ve since spent months in Haiti and Nicaragua, I’ve watched documentaries, I’ve read books, I’ve advocated for black rights, I’ve asked my black friends to help me understand, I’ve supported Black Lives Matters. I’ve expanded my heart and my brain and my vision.

But I still don’t know what it’s like to be a black person in America.

Want to know the one thing that I do know? 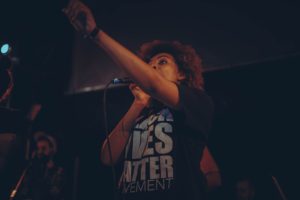 When our friends of color are begging for justice, I need to listen – not teach, argue or defend.

And that is so much more than I knew a decade ago when I thought I knew everything.

I am burdened and overwhelmed with the things going on in our country today – for the things that have gone on since its foundation.

But I can’t make myself just write a quick social media post, because this isn’t a simple issue.

A quick post might make me feel better for a few minutes like I’m one of the “good white people” but it can be so easily misleading.

And I’m never going to stop.

Want to know what I’m realizing as I’m listening? I’m no longer the same level of angry as I was in class 10 years ago…not even close.

And not at my professor. 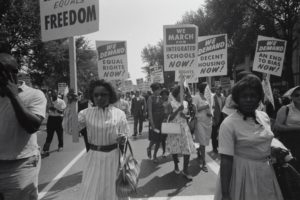 I’m angry that at one point in our country African Americans weren’t considered fully human. And by the looks of it, they often still aren’t.

I’m angry that people of color have to fight for their dignity in 2020.

I’m angry that African Americans have been unheard, abused, and traumatized by our diseased nation since they were kidnapped from their homeland and forced here on slave ships.

I’m angry that we are calling rioters “thugs” when we ignore every peaceful plea they’ve attempted for decades.

I’m angry that so many white people are mad at the black knee kneeling, peacefully pleading for equality, and not the white knee on the black man’s neck resulting in his murder.

Mostly, I’m angry it took me so long to get this angry.

Anger burns in my bones. And the more I listen, the angrier I am becoming.

White friends – we should be angry.

But we have to be angry at the right enemy.

When will we stop sitting across from our brothers and sisters of color in fury and instead join them? 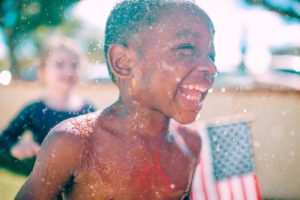 What if the energy so many white people directed at Colin Kaepernick’s peaceful protest was directed at our nation’s injustice? Maybe Gorge Floyd would be here today. Maybe the police would represent safety to every culture. Maybe our nation would be stronger. Maybe our friend groups would be more diverse and our worldviews healthier.

Maybe we’d all be happier.

When will we unite our anger to demolish racial inequality and systemic evil in our nation?

Friends of color – please know: I hear you, and I’m sorry.

I promise I’m listening. It isn’t much, but it’s all I know to do.

What about you, white friend? What are you doing?

If you don’t know where to start, let me ask you this:

Will you join me in the classroom? Will you listen to the words of people of color – truly, listen? Will you resolve to take down your wall, lower your defenses, be vulnerable, and embrace the awkward with me?

I promise to be there with you.

It’s time we fight with our brothers and sisters of color and not against them. We’ve done enough of that.

You might find that we all have a reason to be angry.

Documentary: “13th” on Netflix
Blog: Why Do They Riot? Rioting & The Overflow of Racial Trauma
Book: White Fragility by Robin DiAngelo

To Dr. Anderson, wherever you are:

Thank you for being brave and lovingly leading the blind and privileged. My eyes and ears are open now and I promise they will stay open.

How to Have an Open Heart in a Mean World

12 Things Mono Has Taught Me

My name is Jordan Sok. I am a 30-year-old writer, business owner, wife, and mother. And my life is awesome awkward… END_OF_DOCUMENT_TOKEN_TO_BE_REPLACED