But most days, I don’t love the Cyber World so much.

You know what I’m talking about. You’ve either been the perpetrator or the victim. Or both…I’ve probably been both.

Insanely enough, a lot of Cyber Bullies aren’t really bullies at all in person. They are the sweet stay-at-home mothers. The quiet coworker. Your daughter. Your father. Maybe you.

Cyber Bullies don’t have to be the biggest kid in class. They just have to own a keyboard. Which means anyone can be a bully at any time without a second thought.

It is effortless. It’s momentarily satisfying. It gives us a voice.

It makes sense why people do it.

But why do Christians?

Sadly, I’m writing this post because of the Cyber Bullies I’ve noticed that are Christians. I don’t mean “bullies” in the sense that they necessarily name-call or threaten (although I’ve seen that too). I’m speaking to a judgmental, angry tone that so many Christians seem to have online.

What makes me most sad is that they often times do it “in the name of Christ”.

Take last week for example when a so-called Christian told me I was a “messenger of Satan” after my last blog.

(I have no idea how he found out…I was trying to keep it a secret).

Of course that’s an extreme example, but it comes in much softer forms. We’ve all either seen that person, or been it – the angry Christian that condemns, rather than relates to people.

What would it change if we asked ourselves a few questions before we responded? Questions like:

If we ever feel “more holy” than those we are responding to, it may be a sign that our response isn’t merited. Have we forgotten that there is nothing about us that makes us any better than anyone else? Only Jesus makes us holy and to show the world Jesus, we have to be relatable- not angry or condemning.

Again, I don’t mean we have to agree with everyone or support him or her in unbiblical behavior or ideas. I DO mean that if we are going to say anything, it should be out love and out of an understanding that left alone, we are as much of a sinner as anyone else.

Do we believe God has saved us by His grace?

If so, let us be a people that communicate in grace, even through our keyboards.

Question: Do you think it’s easy to have an ugly or condemning tone online? 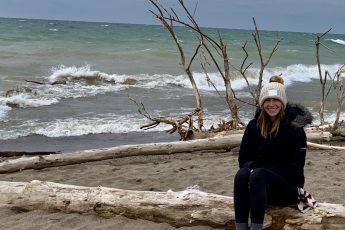 Another Millennial Blog About Self-Care

My name is Jordan Sok. I am a 30-year-old writer, business owner, wife, and mother. And my life is awesome awkward… END_OF_DOCUMENT_TOKEN_TO_BE_REPLACED