Brave, Strong, and Afraid: Taking Adoption One Day at a Time 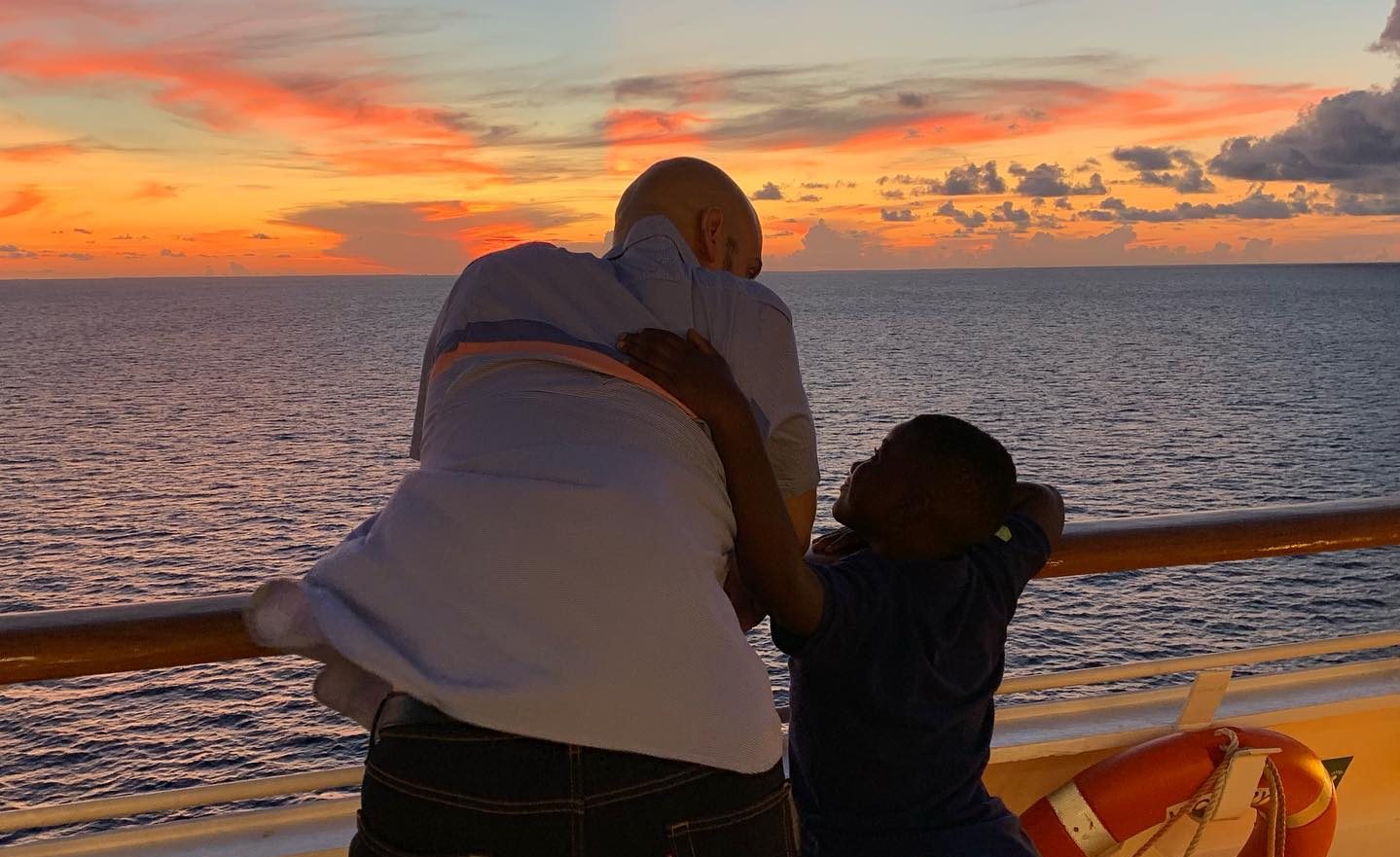 I’ve felt the urge to write for a lot of months now. But when I start thinking it through, I realize I don’t think I have anything profound to say. Nothing funny. No great life lesson. I just have words that I want to get down and for some reason, share on this ugly, pink blog of mine. I don’t even want to proofread it, so sorry in advance. This is really more therapy for me while I sit at a coffee shop for some much needed alone time. Right now, I’m just taking it one day at a time. And today seems like a good day to reflect.

We are nine months into this adoption journey. We finalized just three weeks ago, and Kayden is officially a Sok.
We couldn’t be happier to check off that box legally. When we said yes to Kayden in January, before we even met him, he was already our son – but the formality of adoption has been helpful for us all. Especially Kayden, who understandably doubted the day would actually come.

It’s not the fault of anyone…although all three of us seem to want to blame one another from time to time. But adoption just isn’t natural – no matter how many books you read, classes you take, adoptive parents you talk to – it can’t adequately prepare you for the heart-wrenching reality of welding together your family with a child with trauma. When you weld two metals, the finished product is something entirely new – stronger in time…but the melting process hurts.

We’ve been doing some melting.

Kayden has had to do more adjusting than any person ever should have to in their lives – let alone a 7-year-old. And our selfish, no-other-children, millennial-selves have had to do a lot of adjusting, too. But we are making it – one day at a time.

What’s the point of sharing all of this? I’m still not sure. But I do know we’ve gotten quite a few phone calls and messages from friends who are thinking about this whole adoption-thing. So maybe someone reading this will find it helpful. Also, perhaps it makes me feel a little more transparent to give you a glimpse of life outside of my Facebook or Instagram feeds.

I’ve never been one to use the word “depression” lightly, but the reality is all three of us have felt some form of it. After accepting that fact, the natural feeling as a new adoptive parent is shame. Why would we feel so down while doing what we know God has called us to do? When we love this child He has given us so much?

Then we found out post-adoptive depression is actually incredibly normal.
In fact, studies show that most adoptive parents experience it post-placement. That doesn’t take away the tough moments, but it does normalize them a bit, which has been very helpful.

Kayden is our son, whom we love with all we have. Up until he was ours, he was not given the time or care he deserved. That’s a reason to be sad. That lack of care causes some hard days in our house that lead to exhaustion, shame, and overwhelming loneliness for all three of us. But at the end of the day, I’ve decided it’s okay that it’s tough. Because we have our son, and our son has us. That’s worth everything.

I came to this coffee shop today in search of a breath of fresh air. My husband and I run a business together, and I’m naturally a “want to be with my family” person. But because of those things, I often forget my need to be alone sometimes. Finally, my grumpiness hit an all-time high this afternoon, and my loving husband forced me out the door -I’m sure for his own sake as much as mine (he’s taking it one day at a time with me)!

As I got in the car and drove away, something dawned on me that I haven’t felt in the last nine months.

I didn’t feel guilty for leaving.
Kayden was in the backyard, playing with the dogs in the sprinkler, and Brandon was watching football on his way to a nap.

It was a “normal” Sunday afternoon. 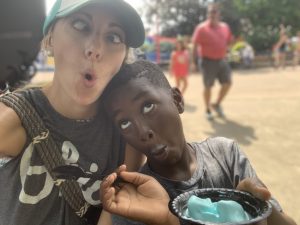 Just a month ago, Kayden still couldn’t be in the backyard alone for more than two minutes without needing to touch base with us. Today, he was out there for two hours laughing and “teaching the dogs new tricks” (aka he thinks he is solely responsible for their desire to fetch a stick). That’s a proud mom moment. “Proud mom moments” – ha, those are entirely different moments than I expected they would be.

“Proud mom moments” – ha, those are entirely different moments than I expected they would be.
We had a parent conference with his teacher a couple of weeks ago where we learned of a few ways he has been acting up in class (minor things, but ornery nonetheless). Obviously, we’ve addressed those things with Kayden and consequences have ensued, but what Kayden and his teacher don’t know is that Brandon and I came out of the meeting high-fiving each other.

You see, in the beginning, Kayden was an angel at school and put a ton of pressure on himself to make sure everyone liked him. Now he is content – and a side effect of that is he is comfortable enough to be a little mischievous. We may not love his choice to act up, but we do like that he has removed his mask. That’s a proud mom moment.

I really could care less right now about the grades, or the fact that soccer means talking his teammates’ heads off and waving at us on the sidelines instead of actually playing. I just want him to be a kid. And every day he is breathing a little easier and he is smiling a little brighter. Those are the proud mom moments.

“Kayden” means brave. It’s the most fitting name I could think of for that loving, handsome, sassy child of ours.

The last nine months have been hard. But we would do it over and over and over again to have our son. And we are praying for the opportunity to do it again. Then again, we are taking it one day at a time.

The process of adopting through the foster system is bizarre. It involves websites and photos and videos of kids – it feels wrong. But it’s the system. Today I stumbled on a video of a precious 12-year old that was asked to give three words to describe himself. His words? 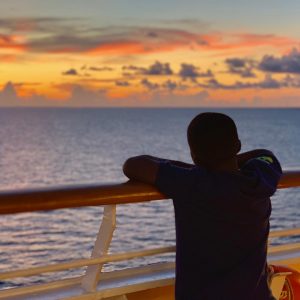 I think those three words describe most children caught in the system.

I think those three words describe most people opening their homes to these children,

I think those three words are admirable.

I think more people should move towards those three words.

It looks different for everyone, but I pray at the end of the day, you can say you were brave, strong, and admittedly afraid. The latter doesn’t mean the former ceases to exist. It means you are more courageous because you push through the fear and move towards the uncomfortable. The awkward. The scary.

Your family needs you to be brave, strong, and afraid.

Your workplace needs you to be brave, strong, and afraid.

You need yourself to be brave, strong, and afraid.

I don’t know what that means for you. But I know it can sometimes be the scariest, saddest, loneliness place – for a time. But it has the biggest reward.

Be brave. Be strong. Embrace the Afraid.

And it doesn’t have to happen all at once. It never does.

Just take it one day at a time.
PS – If brave, strong, and afraid means exploring the idea of fostering or adopting, Brandon and I are always available for real thoughts and to share real experiences. We are still newbies, but it helped us consider this path when we talked to friends who chose it before us. We are here!

12 Reasons I made my Husband Delete Snapchat

What it Really Means when "Two Become One"

« Previous post
Another Millennial Blog About Self-Care
Next post »
Sitting in the Loss, Celebrating the Gain – A Sok Announcement

My name is Jordan Sok. I am a 30-year-old writer, business owner, wife, and mother. And my life is awesome awkward… END_OF_DOCUMENT_TOKEN_TO_BE_REPLACED